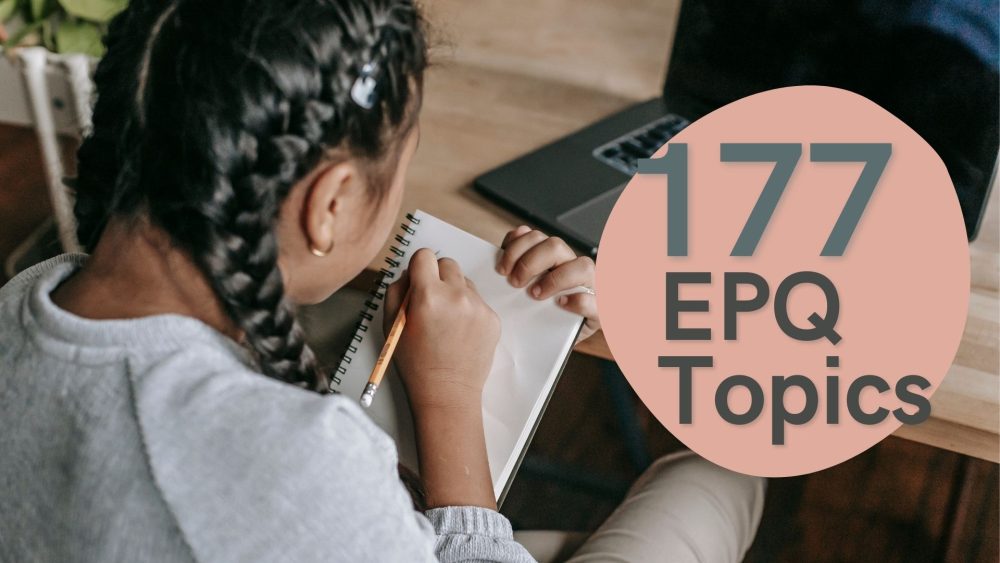 EPQ is a short form for Extended Project Qualification, and it is a qualification mostly taken by college students to improve and hone several skills like efficiency in research, time management, and discipline. As any EPQ topic can be chosen to be researched upon, the student is free to explore an area of interest.

Deciding upon what EPQ topic to, however settle upon can prove tasking, especially putting into consideration the fact that where high grades are scored, it assists in giving a favourable edge when applying for universities. This article explores the best EPQ topics and EPQ examples of titles across several schools of thought.

Different ideologies surround the distribution of wealth in Economics. This is why there are socialist and capitalist views. Below are EPQ questions that can be used as a guide for your essay that has economics as its subject matter.

Psychology is the study of how the mind works and how human behaviours respond to emotions and feelings. The field, therefore, explores all aspects of human experience from how the brain functions to the reactions through actions. These good EPQ questions and topic ideas below touch on every aspect of Psychology.

The wide interest in Law is no doubt fueled by unending crime shows and the desire to re-enact certain scenes. But whatever the reason might be for an interest in using a criminal law question for your EPQ, below are interesting Criminal Law EPQ questions and topic ideas.

Biology is another area that many decide to choose a topic for their EPQ from. This is because of the many conspiracy theories surrounding issues like evolution and genetics. Below are interesting EPQ ideas in the area of Biology.

Professors are often inclined to extend project ideas in architecture, especially where the research is one top-notch nature. Below are EPQs in the area of architecture.

EPQ titles abound in History. The extended project ideas range from social history, political history, economic history, to cultural history. If you’ve been looking for good EPQ topics themed on History, find blow tons of them to choose from.

Want Assistance with Your EPQ Topic?

And there you go, all 177+ EPQ topic ideas to choose from. Now, you can get them done yourself by selecting any topic of your choice.

But should you be burdened with activities, should you be persuading tight-scheduled people with a “do my assignment for me” text, here is an opportunity to impress your professor as a college or university student and come out top-notch.

We offer some of the best writing assistance you can never get elsewhere. We have ENL expert writers in every field you can imagine and these professionals are all out to guarantee you high grades through the best, fast, and custom assignment help at cheap prices.

Get on top of your homework.

50,000of your peers already have an advantageOrder Now

Let's stand with the heroes